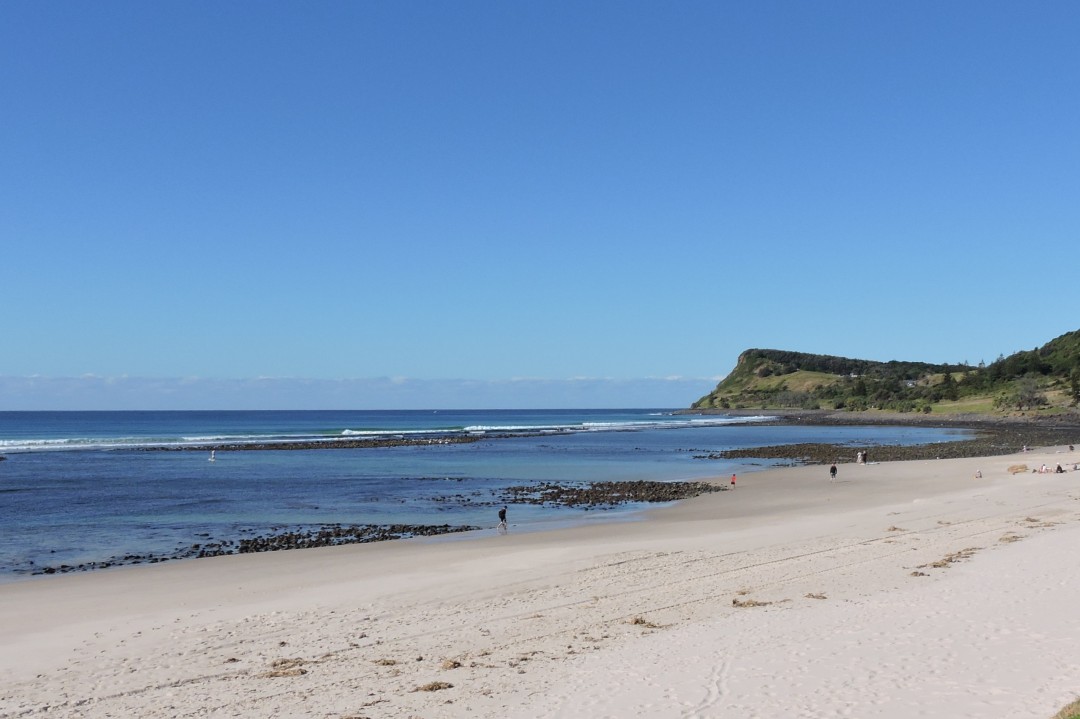 LANDMARKS OF LENNOX: THE SEA CHANNELS

Most visible on low tide, the four sea channels at the southern end of Seven Mile Beach are testaments to the enterprising nature of early residents. Maisie Wright, who holidayed with her family in the 1930s said, ‘These channels were formed by moving rocks in the water, creating rock-edged pools which would stop the waves and made swimming safe’.

They were named after pioneers and remain drawcards to those seeking more sheltered waters of the ocean.

Clearing the channels were holidaymakers and residents, adults and children, who saw it as fun. Daphne Rose said, ‘As kids, at low tide we used to go down to the beach and help throw the rocks to the side to form Langdons’ and Coopers’ channels’. But to the initiators of each, the process was far from random.

Mrs Mac’s (or Coopers’) sits adjacent to the boarding house which existed on the northern side of Ross Park. In the mid 1920s John Cooper, with his horse and cart, moved rocks at low tide to provide guests a swimming hole.

Labouring at low tide during the late 1930s, Edna Bevan and family created their pool while holidaying in their Rayner Lane home.

In the 1920s, Digger White commenced the southernmost channel for fishing. Named after Bill Langdon who had a nearby market garden, it was extended in the 1940s by brothers and long-time residents, Ken and Syd Gibbon for net fishing, and became known as the Boat Channel.

Readers with information on this or other Landmarks of Lennox, please contact Robyn Hargrave by phone 0412 660 994, email harg1rob@gmail.com.